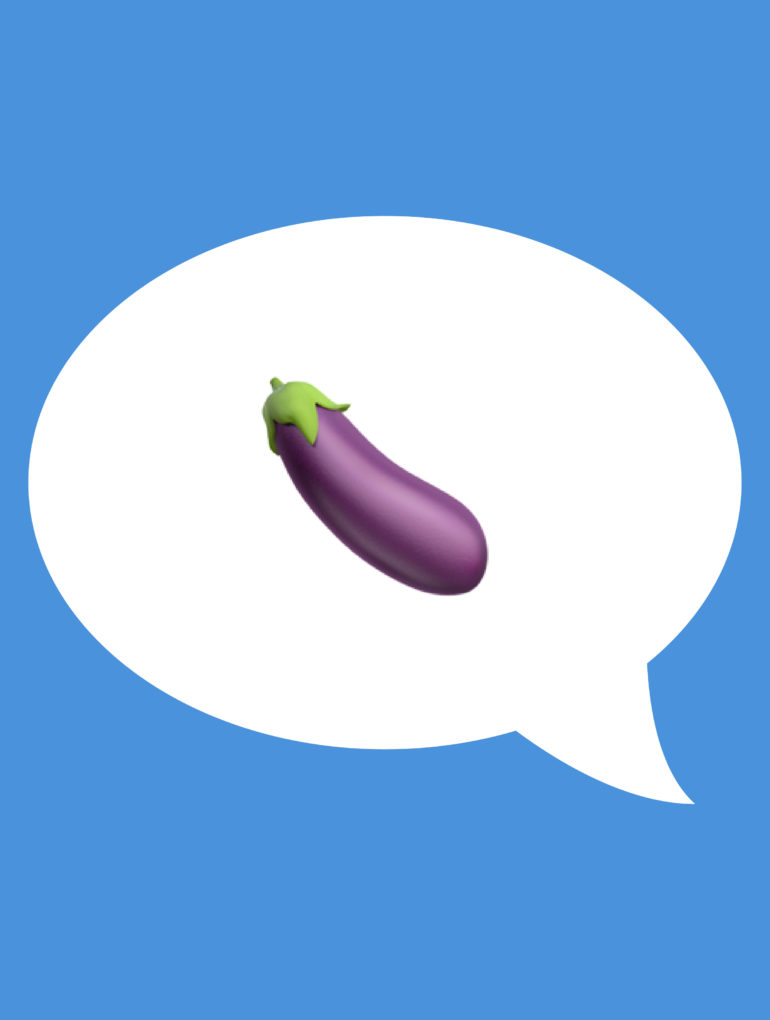 Sophia Benoit is what the modern gentleman needs

This article is available in French.

Sophia Benoit has been guiding lost men for a long while now. Sex & Relationships columnist for the American magazine GQ, she writes about having sex like Leonardo DiCaprio (so you don’t have to), about the necessity of owning a sex towel, about how to step up your Tinder game, and about pretty much everything you need to be a good partner. Reading every single article written by Sophia Benoit will make you a romance master. Her newsletter “u up?”, published weekly, would send these tips, answers to questions asked by readers. With stories about relationships directly into your inbox. Besides writing sex advice (which take, obviously, a lot of her time), Sophia Benoit is a screenwriter, works for the TV show Lights Out with David Spade on Comedy Central, and recently launched her very own newsletter “Here’s the Thing”, available on her website.

Real woman of influence on Twitter, where her account @1followernodad isn’t followed by her dad but 90 000 other enthusiasts. She passionately tweets about the environment, politics both in the United States and around the World. From children being separated from their family at the border to the Democratic campaign. She has an opinion about pretty much everything (and there’s a lot) going on her timeline. Sophia Benoit candidly accepted to talk to Éclectique, and open up about her, her childhood in a White America, how Twitter changed the way she thinks about certain topics, how it eventually changed her life, on her career and what she expects next.

Éclectique : How old are you? Where are you from?

Sophia Benoit : I’m 26, and I was born in St. Louis, Missouri although I live in Los Angles now.

When did you start writing, and what were your first pieces about?

I started writing as a kid but I wasn’t publishing anything. I just wrote little stories for myself. I didn’t really consider becoming a writer or trying to make a career out of it until I started college, so about 8 years ago. My first pieces were mostly personal essays and humorous lists.

Is it hard to live from writing today? Have you ever struggled to make a living out of it, and eventually thought about doing another job?

I have never written full time. I’ve always had at least one other, but usually two or three other jobs in addition to writing. Writing just isn’t that lucrative or stable. If I only wrote I’d make about $10-15,000 a year MAXIMUM which is not doable in Los Angeles (or really anywhere in America).

Do you own your personal journal? If so, how does writing in it impact your daily life? Does it help your mind?

I don’t have a personal journal right now, likely because I write so much that I simply don’t have time. I work a fulltime job, write for GQ and I do substack so any free time I have is for creative projects that I want to get made next rather than simply for myself. I have kept journals in the past but they are usually most active when I have a massive crush on someone and I’m full of anguish and drama. They’re funny to reread!! But right now my life is fairly stable.

Why did you decide to launch your personal newsletter on Substack?

GQ decided to stop publishing my advice column, which I really, really loved writing, so I decided to do it on my own. I read a ton about relationships and sex, both for my job and just out of personal interest, so even when I’m not an expert on a topic, I’ve usually read about it or thought about it before. If I’ve never thought about it or read about it, I try to go do some research on what other people have said and think about what I’d do in the situation ideally.

How did you end up writing at GQ? Is writing towards men something you wanted to do for a long time or an opportunity that popped up?

This sounds like SUCH a line, but I have loved GQ for years. I subscribed throughout most of college before I ever wrote for them. They were doing some of my favorite magazine work. I am a huge huge huge fan of magazines; I wrote my college admissions essay on how much I like magazines. So when my old editor Lauren Larson reached out to me and asked if I’d want to try to write for them I SCREAMED.

It was like someone just calling you up and saying, “hey do you want your dream job?” And it has been a dream job for me. I love writing for men. I love writing for a magazine. It’s getting hard now because I’ve written so many columns on similar topics that I’m always worried I’m out of ideas, but I am so so so happy at GQ. I know a lot of that sounds fake!!!!

Being read by a large audience of men, have you ever gotten a feedback of someone who had been influenced by your advice on relationships?

Oh, all the time! There’s no way to say this without sounding immodest, but people have reached out to me to say that they’ve used what I’ve written about in their own relationship or sex life and nothing is more gratifying than that. It’s just the best feeling in the world. I wish I had saved some of the messages, honestly, because people are just so sweet and open and kind. Most people are really lovely about it.

I have never written full time. I’ve always had at least one other, but usually two or three other jobs in addition to writing.

Do you watch TV/Netflix? What is your favorite TV series?

I watch TV way more now than ever before because I’m dating someone and it’s an easy activity to do together after long days. I never used to be a TV person really. I’m really bad at sitting still and doing nothing; I end up feeling guilty. But now that I have a boyfriend I feel like “Oh this counts as together time and relaxing time and I’m catching up on TV.” I have to trick myself so that I feel productive while I watch TV haahah. Right now my favorite TV series are Fleabag, Dead to Me, and The Bachelor. There are more, but those are the shows that I felt like I HAD to watch every single episode.

What album do you listen to the most these days?

Hmm I don’t know that I listen to albums by themselves much, but the artists I listen to most are Fleetwood Mac, Lizzo, Beyonce and ABBA. Oh and obviously I love Simon & Garfunkel; I tweet about them a lot.

Well I met many of my current friends from Twitter, I met my boyfriend from twitter, I got my two jobs both from people I met from Twitter. Twitter has shaped my life in ways that I probably don’t even recognize. I’ve gotten so so so so so many good things from Twitter. It also made me political and taught me so much. I should rephrase that. Twitter didn’t teach me as much as the people on twitter taught me, most of all the words and writing of women of color. There is so much information on twitter that I was never exposed to or never chose to be exposed to growing up in a majority white, suburban, conservative community in Missouri and Twitter really broke that open.

When people say you can’t change minds by tweeting about things, I really disagree. Twitter made me a feminist. Twitter made me take a long hard look at my racial bias I thought I wasn’t guilty of because I was a democrat. It was where I learned more about disability rights and land disputes and indigenous concerns and racial issues and trans people’s lives and more and more. It has been one of the best influences of my life. Of course, there is a lot of hatred on the site, too, and sometimes I get competitive or insecure or bitter about other people’s career successes because I see so much on twitter. But I don’t think the bad comes close to outweighing the good for me personally. (A lot of that is probably because I’m a middle class white woman).

When people say you can’t change minds by tweeting about things, I really disagree.

Are you comfortable with telling me who you’d choose for 2020?

Right now, based on what they’ve done so far, I really like Jay Inslee, Elizabeth Warren and Bernie Sanders. All of them have things about them that I really don’t like as well, or things that I think they could have handled better. I want a progressive candidate. Someone with an excellent climate policy. I want someone who has good policies on racial and income inequality. I want someone who thinks about marginalized groups. Someone who taxes rich people out the ass. Anything less than that would be really disappointing.

Lots of people said they would leave the US if Trump was ever elected. But they stayed and fought to change the president in the next election, what can we learn of 4 years (and maybe 8) of Trump at the WH?

I think most people who aren’t white already knew most of the stuff that a lot of white moderate people are just now waking up to. A lot of the reason there is so much dissent right now is that white people are finally getting a small small small small taste of what it’s like to be denied things. (Health care, fair nominations of justices, etc). But I think if you asked a person of color, they already lived in this world and they already knew all of this. That’s not to try to minimize Trump’s impact, but to say that even without him, we were already dealing with Mitch McConnell and Paul Ryan and all these other evil people. The lesson is to get involved and to fight policy along with people who have been doing this work for DECADES.

What topic would you love to write about but haven’t yet?

I’d love to do more fiction writing, honestly. But my interests remain pretty much the same across fiction and non-fiction. I like reading and writing about women and sex and love and relationships and family. Those are the real things, to me, in my life. I don’t care much for fantasy novels or sweeping epics with dozens of characters. I want to read real things about people’s lives in small, simple stories.

Where do you see yourself 10 years from now?

Oh gosh, probably agonizing over the choice of having kids or not and if I can really afford to. I’ll certainly still be writing and I hope I have some creative control over what I’m making. I hope I have some financial stability and that I use that stability to help others and to do more activism. Career goal wise, I’d like to have 3-5 books published by then. I’d like to write on a TV show or have sold a movie script.

I like writing a lot; actually, I LOVE it. I know people say it’s hard and it certainly can be if you let it, but I try not to buy into that framing. I think writing is really fun. It’s such a dream come true to get to do this work at all, so I try to not complain about it. It’s like complaining about having to eat cake everyday and not gain any weight!!!